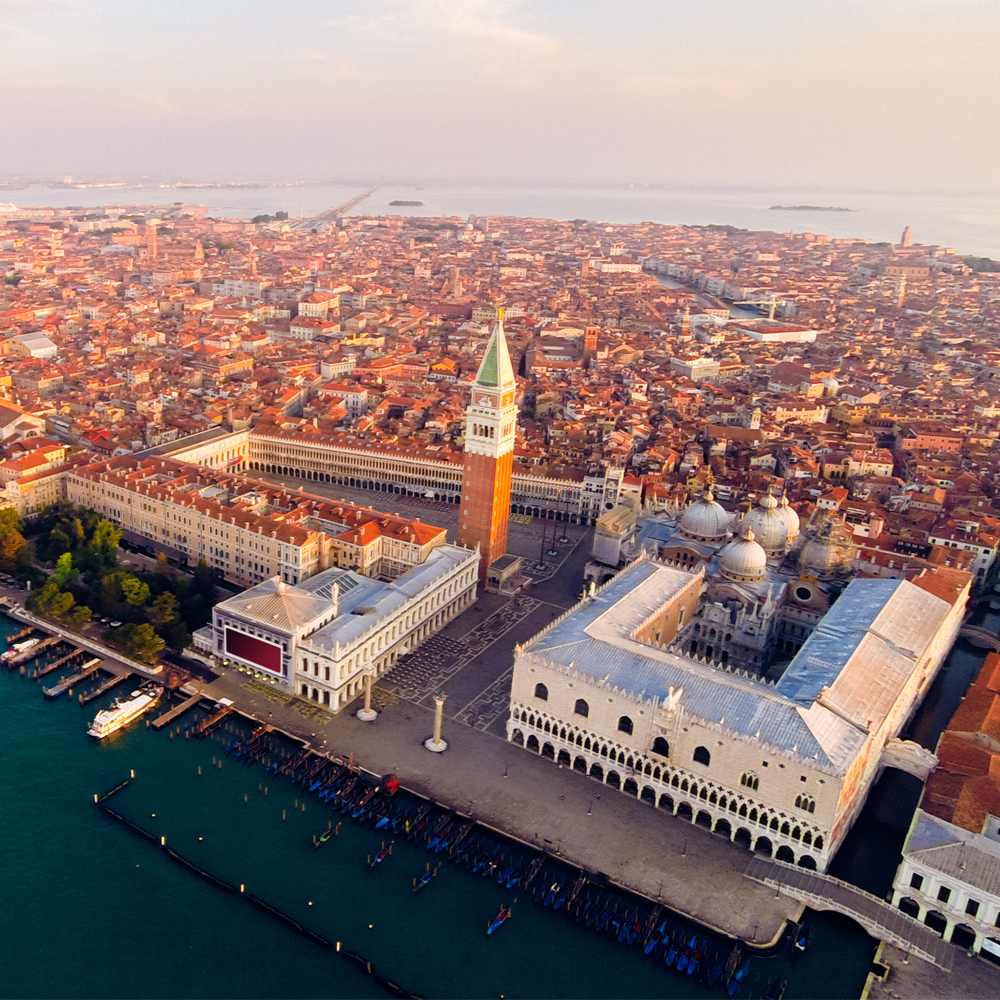 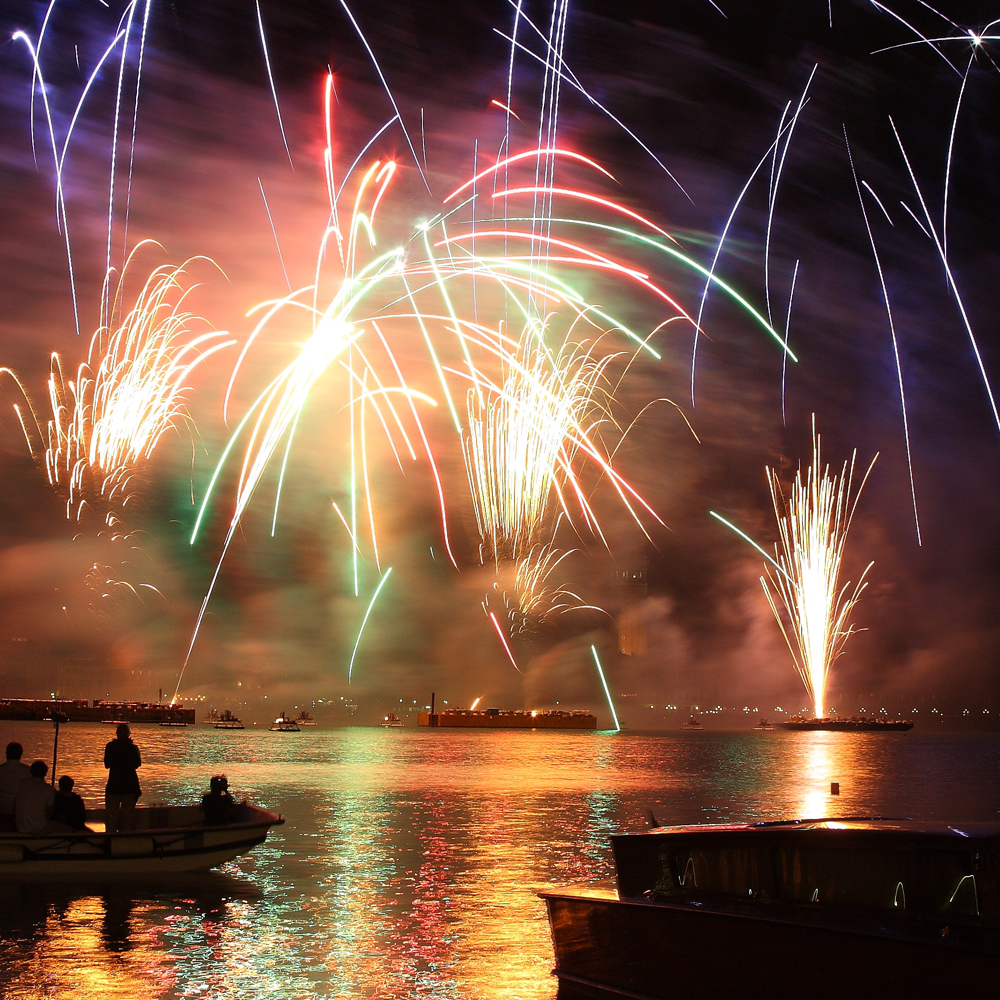 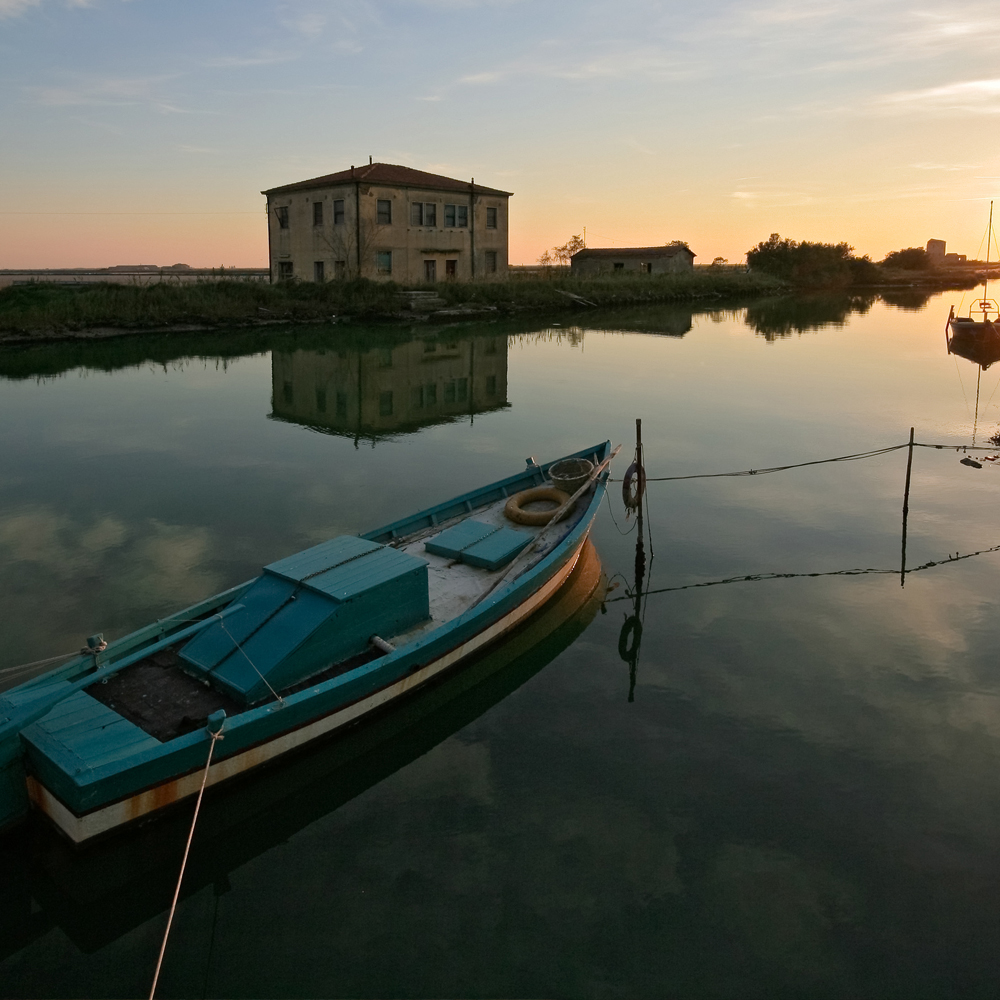 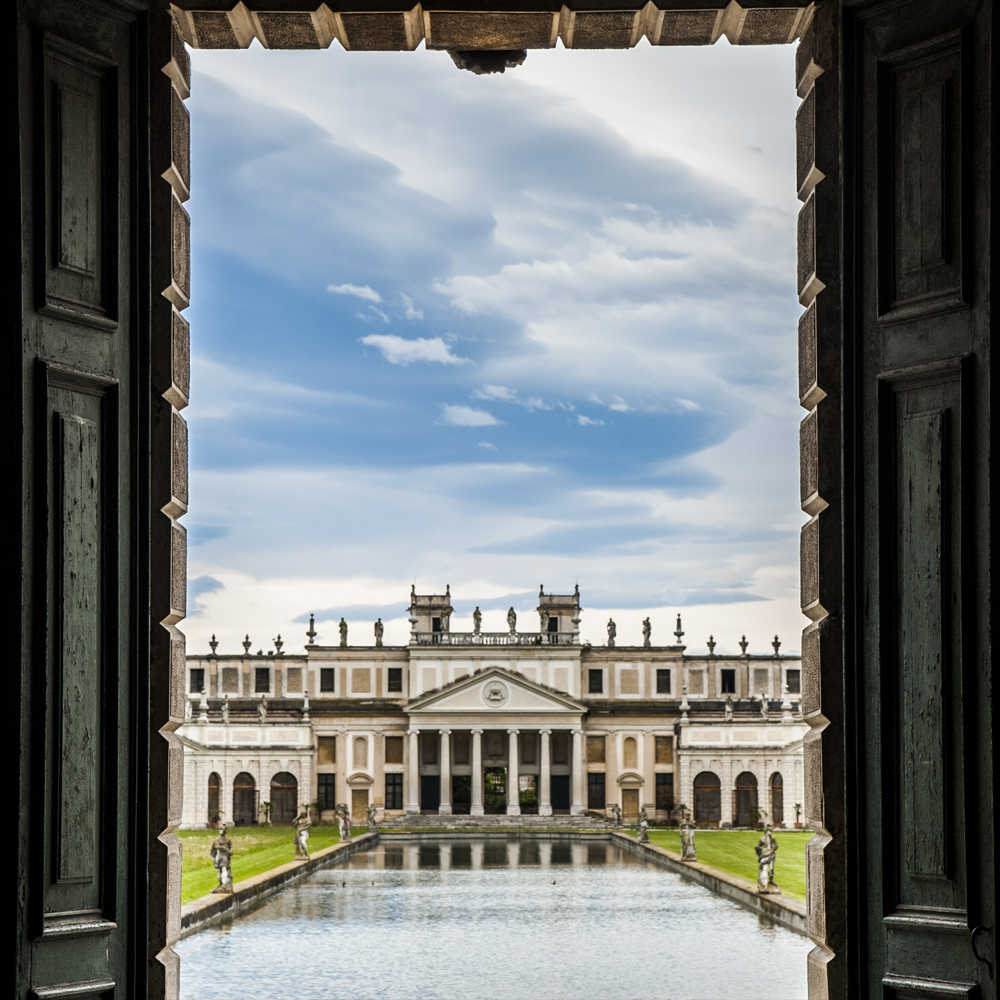 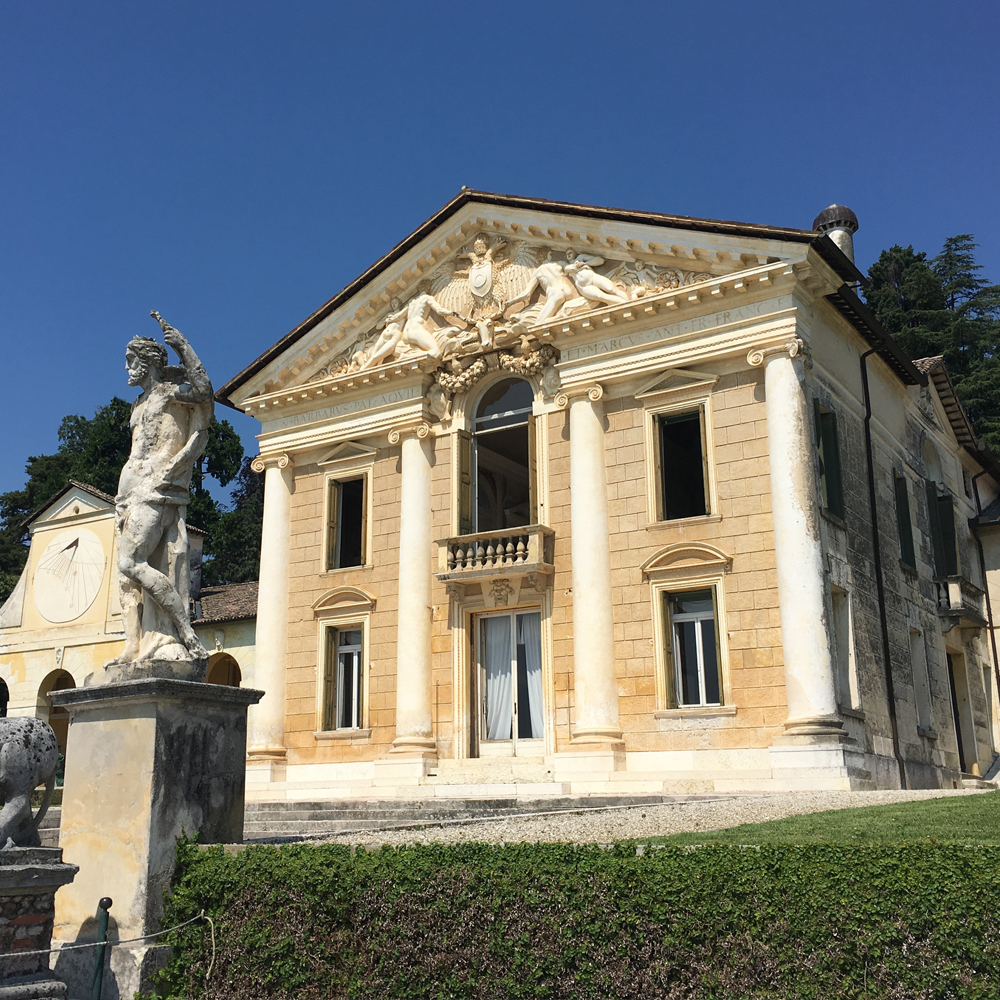 The town of Mirano is gifted with a wide cultural richness ranging from the Roman Age, which is still visible thanks to the Roman Reticulated Work, through the Age of the Venetian Republic of La Serenissima (in which Venice reached its highest splendour and power), to contemporary age. Places and attractions to be visited: The numerous Venetian Villas (Mirano boasts a good 36 villas that were built between 17th and 18th century by many Venetian noblemen). The Monday Market hosting thousands of people every week. Here you can find everything, from clothes to local gastronomical specialities, from flowers to home furnishings. The Church of San Michele Arcangelo (St. Michael the Archangel) with its magnificent altar-piece of the 18th century created by Giambattista Tiepolo, besides the sculptures of Giuseppe Torretto, who was Antonio Canova’s master. The Park “XXV Aprile”, a real green lung of Mirano at the centre of the town. The park hosts two wonderful Villas (Villa Belvedere and Villa Morosini) and is overlooked by a charming castle that was built in 1800 by request of the nobleman Vincenzo Paolo Barzizza.

Venice is universally considered one of the most beautiful cities in the world, thanks to its unique urban planning and its artistic heritage. This magical city is included, together with its Lagoon, in the UNESCO World Heritage. A short walk within Piazza San Marco will bring you back to the magnificent past of the Serenissima: in the space of a few meters you can visit the striking Basilica di San Marco (Saint Mark’s Basin) decorated in a Byzantine-Romanesque style with subsequent Gothic style additions, the Campanile della Basilica (Basin’s Bell Tower) which was initially born as a lighthouse for mariners, the Torre dell’Orologio (Clock Tower), the Palazzo Ducale (Doge’s Palace), which was the seat of the government of the Serenissima, and the Ponte dei Sospiri (Bidge of the Sighs). To conclude a typical touristic tour of the town it should not be forgotten the characteristic ride on the Gondola in the Canal Grande (Canal Grand), a walk in the narrow Calli (Paths) and the canal crossing through the Ponte di Rialto (Rialto Bridge), which in past times was the only way to cross the Canal Grand on foot. If you love the great Italian Theatrical tradition you should not miss a visit to Carlo Goldoni’s house a marvellous example of Venetian Gothic architecture that was in fashion in the 16th century, and the famous La Fenice Theatre, one of the most famous theatres in Europe. Venice is also famous for its historical cafes. Starting from the end of the 18th century, many cafeterias were born in the whole town. In 1720 the famous Caffè Florian was opened in Piazza San Marco (it is still working), while in 1775 was the turn of the renowned Caffè Quadri.

If you have a day more to spend in Venice we suggest that you visit the fascinating small islands of the lagoon: Murano, Burano and Torcello. Murano is famous all over the world thanks to its ancient tradition of glass making, particularly lampworking. Not to be missed is the Glass Museum where more than 4000 pieces are displayed, showing the evolution of the technique of glass making throughout the centuries (ranging from Egyptian times through the present day). Burano is one of the gems of the lagoon: it is a miniature Venice where all the houses are brightly coloured. The small island is famous for its craftmade lacework, which is an art that was in fashion since the 16th century and that made Burano famous all over the world. Some attractions are: the Church of San Martino, with a tilting campanile and a painting by Giambattista Tiepolo (Crufixion, 1727), the Oratorio di Santa Barbara and the Museum and School of Lacemaking. Torcello is an extremely romantic place. It is full of history, since it is considered the oldest continuously populated region of Venice, and once held the largest population of the Republic of Venice. Some of the attractions of Torcello are the Cathedral of Santa Maria Assunta with much 11th and 12th century Byzantine work, including mosaics (such as the Last Judgement), the Palazzo del Consiglio, which was once the seat of the communal government, and Attila’s Throne, located in front of the Cathedral.

The city of Padua is picturesque, with a dense network of arcaded streets opening into large communal piazze, and many bridges crossing the various branches of the Bacchiglione, which once surrounded the ancient walls like a moat. It is also the setting for most of the action in Shakespeare’s The Taming of Shrew. Padua is known as the town of the “without”, since people commonly talk about: “The Saint without a name”, because St. Anthony of Padua, widely worshipped by local inhabitants, is generally known as “The Saint” (Il Santo), also referring to the homonymous Basilica of St. Anthony of Padua. “The Café without doors”, since the historical Caffè Pedrocchi was open 24 hours on 24 in times past. The Café was considered a meeting point for intellectuals, students, academicians and politicians for more than a century. “The Meadow without grass” because Prato della Valle, a spectacular piazza that is believed to be the biggest in Europe, after Place des Quinconces in Bordeaux, was actually a marshy surface until the end of the 19th century. Here the famous “Fiera del Santo” (Saint’s Fair) was held until 1919, when it was transformed into a Trade Fair. Padua has many artistic attractions such as the Scrovegni Chapel, housing a remarkable cycle of frescos completed in 1305 by Giotto, the Palazzo della Ragione, with its great hall on the upper floor, that is reputed to have the largest roof unsupported by columns in Europe, the Basilica of St. Anthony of Padua, where the bones of the saint rest in a chapel richly ornamented with carved marbles, the work of various artists, among them Sansovino and Falconetto. At the centre of the city there are the buildings of Palazzo del Bò, the historical seat of the University of Padua, one of the most ancient in the World.

Treviso is a very elegant city thanks to its many medieval buildings and its wonderful villas. Moreover it is completely surrounded by 16th century walls. The centre of the town dates back to Medieval Ages and is characterized by narrow lanes and many houses with external frescos on their walls. Treviso’s most important attractions are: Piazza dei Signori, a pleasant square with a street running along one side and cafés with outdoor tables along the other, where the dominant building is the historic town hall, the Palazzo dei Trecento. There also are the Church of San Francesco, in a Late Romanesque-Early Gothic built by the Franciscan community in 1231–1270 and used later on by Napoleonic troops as a stable, and the Loggia dei Cavalieri, an example of Treviso’s Romanesque influenced by Byzantine forms, used as a place for meetings, talks and games, although reserved only to the higher classes.

Verona is known all over the world for being the set of one of the most famous and dramatic love stories written by William Shakespeare, Romeo and Juliet. Here Shakespeare also set the comedy The Two Gentlemen of Verona and the play The Taming of the Shrew. However, the city is not only this; there are many beauties hidden inside and this is the reason why Verona is even known as “The Door of Italy” as the city anticipates what will be met then in the whole peninsula: art, history and culture that go far beyond the famous balcony. Verona’s main attractions are: the Arena, found in the city’s largest piazza, the Piazza Bra, and considered as the best preserved example of Roman amphitheatre in Italy, the Basilica of San Zeno, considered one of the great achievements of Romanesque architecture, Piazza delle Erbe, the oldest square of the city with its central fountain surmounted by a statue called Madonna Verona, the Castle of Castelvecchio, the most important military construction of the Scaliger dynasty that ruled the city in the Middle Ages, and the Ponte Scaligero, a bridge of the 14th century that was built by Cangrande II della Scala, to grant him a safe way of escape from the annexed castle (Castelvecchio) in the event of a rebellion of the population against his tyrannical rule.

Riviera del Brenta is the coastline of the Naviglio del Brenta, a small river that had an important role in past times as a communication route between Venetian Lagoon and Paduan territories. The area of the Riviera del Brenta is famous for housing numerous villas (like Villa Ferretti-Angeli in Dolo, Villa Widmann-Foscari in Mira and Villa Foscari, also called “La Malcontenta” in Malcontenta) The river is navigable to river boats, whose best example is the famous Burchiello, which used to carry venetian noblemen from Venice to the countryside and which now is a tourist attraction. Villa Pisani, placed in the little of Stra, is one of the best examples of Venetian villas and was commissioned by the patrician Pisani family. It was begun in the early 18th century for Alvise Pisani, the most prominent member of the Pisani family, who was appointed doge in 1735. Deserted by its eponymous family, the villa has had a share of notable and famous visitors: Napoleon Bonaparte who acquired the villa in 1807. It has been a national monument since 1882. Here Adolf Hitler first conferred with Benito Mussolini in 1934. 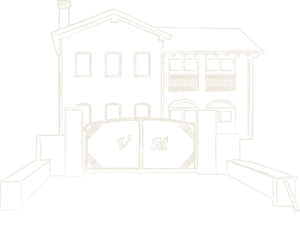 Free wifi in all our rooms.

You will find us in Mirano near the bus terminal just 20 KM from Venice.